Book Review: Poetry of the First World War: An Anthology

They shall grow not old, as we that are left to grow old:
Age shall not weary them, nor the years condemn.
At the going down of the sun and in the morning
We will remember them.
– “For the Fallen” by Laurence Binyon 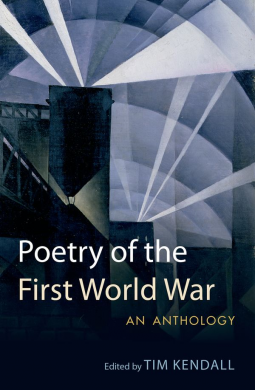 Poetry of the First World War: An Anthology edited by Tim Kendall is a collection of British poems on the First World War. Kendall is Head of English at the University of Exeter and former editor of the poetry journal Thumbscrew. He has served as a lecturer and has published two collections: one of poetry and the other of essays.

Anyone who has read my reviews knows my position on World War I. It was the starting part of the the twentieth century. Mechanized warfare, air-power, armor all saw their start as tools of war. Alliances that started the war would become alliances that kept the peace in the Cold War. Empires fell and communism rose. It would directly contribute to the start of World War II and indirectly to the Cold War. It was the decade the world lost it innocence. War lost its romance. World War I was the last war where wrote songs to support the war. It was the last war that the poets would honor.

Each poet’s poems begin with a short biography of the poet. The poets come from all walks of life — from landed gentry to a tailor’s son. Kendall, in his introduction, goes into other aspects of the war like the change from youthful idealism to bitterness of the technological slaughter on the grandest scale. The writing of the poems range from 1914 to 1966. The poets are all from Britain or Ireland. Some lived long lives and some did not make it home from the war. There has never been a war like World War I and never one like it since. Wars have been more violent, more technological, more devastating, but never more critical in changing mankind’s view of war and of man himself.

The poets had different views. Yeat’s wanted to see Germany defeated, but was hesitant to throw his support behind an imperialist empire that had not given his home country of Ireland Home Rule. May Sinclair was a volunteer in an Ambulance corps in Belgium. She felt betrayed and and expressed her betrayal in her poem “Journal” after finding out she was no longer welcome in the ambulance corps. Thomas Hardy only wrote three patriotic poems because he claimed he did not write patriotic poems well; most of his poems were darker and much sadder. Kipling recalled and compared the war to the Boer War and expanded to “Tin Fish” (submarines) and the well known poem “My Boy Jack.”

Wilfrid Gibson manages to capture life of the front line soldier in “Between the Lines”although he only drove trucks in the war, in London. Margaret Postgate Cole wrote the moving “The Falling Leaves” far removed from the war. Wilfred Owen experienced the war first hand. “Anthem for Doomed Youth” and “Disabled” show the realities of the war. That reality is reinforced by the fact that Owen was killed one week before the armistice.

Kendall combines some well known wartime poets with some obscure poets. Not every poet is in this collection, but the range and variety are very well done. This collection is an excellent reference for anyone interested in World War I or poetry of the early twentieth century. This is a book worthy of any bookshelf.