– Three “Dialogs of One” 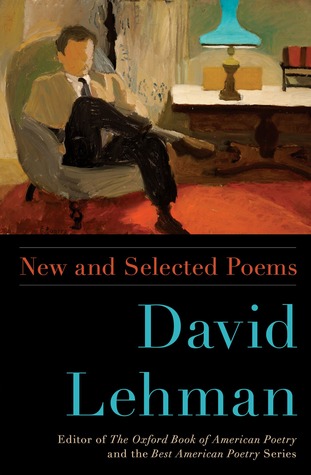 New and Selected Poems by David Lehman is a collection of poems spanning forty years and compiled from seven different collections. Lehman is the son of Holocaust refugees and grew up in northern Manhattan. He attended Columbia University and Cambridge University on a Kellett Fellowship. On his return he earn his PhD in English from Columbia. He teaches at The New School in New York City and is the editor of The Best American Poetry.

I will freely admit that I am new to reviewing poetry. I have had the college experience of iambic meter and rhyming couplets. I know the best laid schemes of mice and men oft go awry. I know the “Fields of Flanders” and a little Rimbaud and Blake. I read Frost and dabbled in Sackville-West. I know more that my average colleague, one who informed me that “Poetry must rhyme, but not too much. If it rhymes too much it’s rap.” So I am slightly ahead of the average American curve. Which brings me to Lehman.

His style varies I very much enjoyed “Anna K.” a poem about Anna Karenina. I saw it and recognized it as poetry. “Goethe’s Night song” a very short poem, but one of vivid imagery. “Yours the Moon” is a beautiful poem, it creates images and moves you and holds you in:

Yours the moon
mine the Milky
Way a scarf

around my neck
I love you
as the night

loves the moon’s
dark side as
the sky, distant,

endless, wears her
necklace of stars
over her dress

under my scarf
that she wears
against the cold

It’s like slow dancing, at night, under are bright sign, overlooking the whole valley. It is what someone described as “That perfect feeling when time just slips*.” That perfect moment we hope to find no matter how many years it takes. It is precisely what poetry strives to be.

Other poems go into something that is even more free than what I know as free verse. They form almost essays. “The Count” is a telling of the similarity of poker and the ball and strike count against the batter in baseball. The imagery is excellent, but it is written as a paragraph. Some poems bridge the gap between the two forms. “Election Day” is a narrative in poem form. The same with “Desolation Row.” Both poems tell a story and use line length and punctuation to give structure to the form. Also this format is used in“The World Trade Center” and how the thought of them being ugly monoliths changed in one moment in 1993. Other poems lose structure and the story becomes more important. Several poems deal with Judaism and persecution and the Holocaust. There the message is makes it poetry rather than any format. “A Little History” opens:

Some people find out they are Jews.
They can’t believe it.
They always hated Jews.

Not all the poems are serious “Sexism” is satire. “Ode“ is our perceptions. “The Code of Napoleon” is history. There is something for everyone in this collection. Not everything is what a lay person would think of as poetry in form, but where it lacks in form it more than makes up in its message. It took me sometime to adjust to some of the format, but once I did I was glad I stayed with it. His more traditional poems are really incredible, some even stunning. A very worthy collection. One that will keep and continue to bring enjoyment.