Camus once argued the trouble for Sisyphus

wasn’t the endless failure to prop
a rock atop some hill, but the thoughts
he had on the way back down
–“Occasional” 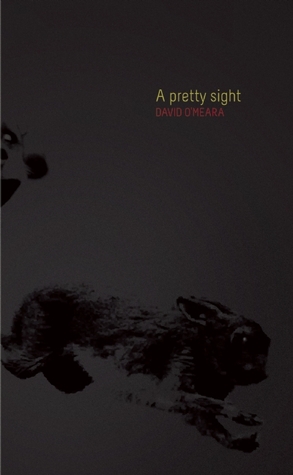 A Pretty Sight by David O’Meara is his fourth collection of poetry. He lives in Sandy Hill, Ottawa and tends bar at the Manx Pub. He is director Plan 99 Reading Series and VerseFest, Canada’s International Poetry Festival.

Reading O’Meara’s limited biography left me wondering if this would be one of those experimental expressions I seem to stumble upon from time to time or something really good. What would a great collection of contemporary poetry have if I had my way. Science? History? Punk rock? Yes! A little Camus wouldn’t hurt either. O’Meara delivers it all in style.

Years ago after reading the Divine Comedy, I decided that when I died I wanted to go to the outermost layer of Hell, Limbo. What better place to be than among the virtuous pagans like Aristotle, Penthesilea, Ovid, and Homer? Nietzsche was right, in heaven all the interesting people are missing. But what if Socrates met up with Sid Vicious? O’Meara plays the conversation out in an unforgettable dialog. Even borrowing one of Johnny Rotten’s lines : “it’s worth going where you’re least wanted , since there is so much more to achieve.” The dialog flows with Socrates talking as Greek Philosopher and Sid talking like a punk rocker. They talk life and death and death by drugs. Sid is interested in knowing where to score hemlock. Never before has there been such a remarkable, smooth flow of conversation between so very different people.

A Pretty Sight combines many topics. Bombing in Kosovo is covered from the club of a Bass Faced woman. Bombs dropping in the streets and Springsteen’s “Dancing in the Dark” rocking the club. “Sing Song” offers a eerie look at out world as drowned pups and kittens. “Fruit Fly” puts our planet in the universe to a fruit fly on out planet. Significance varies on scale and on a scale. “In the Event of a Moon Disaster” ponders what if Apollo 11 didn’t go as planned. What would Nixon do? What would be said ? What would Armstrong and Aldrin do? How would the nation be addressed about the loss.

O’Meara combines history, science and philosophy in a creative and intelligent manner. A Pretty Sight is a worthy contemporary collection of poetry and a keeper on my shelf.